This tutorial covers setting up a WireGuard VPN for tunnelling our traffic into some server on the internet for increasing our online privacy.

The WireGuard setup described in this article only covers IPv4 and does not cover IPv6. This means if your computer wants to access the internet by using IPv6 then that IPv6 traffic will not be tunneled through VPN. But if you know enough you may implement IPv6 tunnelling also.

Any actions and or activities related to the material contained within this Website is solely your responsibility.The misuse of the information in this website can result in criminal charges brought against the persons in question. The author will not be held responsible in the event any criminal charges be brought against any individuals misusing the information in this website to break the law.

WireGuard is a virtual private network protocol[1]. WireGuard is a Layer 3[2] secure tunnel and it runs as a Linux kernel module which is going to be merged into future Linux kernels[3]. It aims for better performance than the IPsec and OpenVPN tunneling protocols. Here its whitepaper.

How to setup WireGuard VPN server?

In this tutorial I am going to use a basic-level DigitalOcean droplet.

Since WireGuard is a kernel module then we will need correct kernel headers installed on our system. Following command will try to install correct linux kernel. You may need to update apt-get first.

I’ll use a WireGuard package for Ubuntu systems which is provided by the WireGuard project. Let’s add their WireGuard PPA to our server.

Since WireGuard is a point-to-point protocol, each participant of the VPN connection needs public/private encryption key pairs.

This command writes following initial content to /etc/wireguard/wg0.conf file and restricts its file permissions to 077 by using umask.

If you didn’t understand that second command you may try them separately.

P.S. If you may notice we are creating a network interface called wg0, there should be no interface named wg0 in your server.

Open /etc/wireguard/wg0.conf file with your favorite text editor. I’ll use nvim for it.

In this file you should see our initial config with your private key. We need to define following settings to this file.

We need to enable traffic forwarding in order to allow our traffic flows into our virtual private network. To achieve this execute following command.

With enabling WireGuard as a system service, it will start automatically at every system startup. To do this execute following command.

How to setup WireGuard VPN client?

Install WireGuard to your operating system.

This step is basically the same as installing WireGuard to the server. If you don’t use Ubuntu on your computer you should google this step :)

As I said before, we need public/private key pair for every participant. Since client is another participant then we need another key pair for it. Generate them by using same command on your computer

Open client’s /etc/wireguard/wg0.conf file with your favorite text editor and fill necessary information in it.

If there was no error happened during the setup. You should be able to connect your VPN by executing following command in your computer.

Then connect to your VPN by executing the following command. This command automatically sets forwarding rules and initiates VPN connection.

After connected your VPN, check your IP address again by executing the same curl command again. The IP addresses before and after should be different.

You can check some stats by executing following command on either client’s computer or server computer.

How to setup WireGuard VPN client on Android?

I think setting up WireGuard VPN client on Android is easier than Ubuntu computers. You just need to download WireGuard from Google Play. Click here for Google Play link. 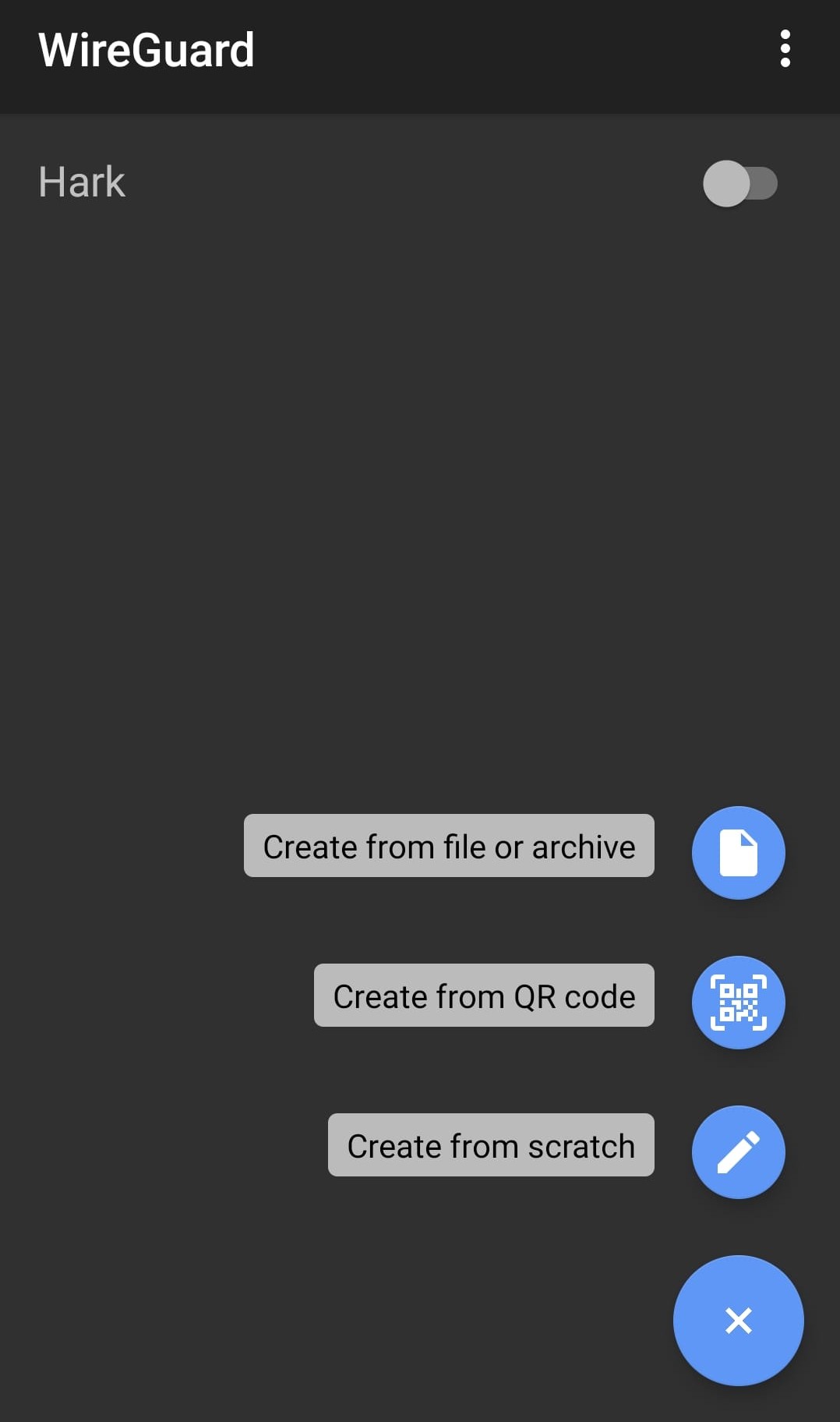 After you set up WireGuard on Android, copy public key of Android client and add it as another peer to server’s config file. Edit following and append it to server config file at /etc/wireguard/wg0.conf

In my opinion, WireGuard setup is easier than OpenVPN or IPsec setup. WireGuard claims that it has better performance than others but I did not test it. Some people on reddit or other forums says that it’s more secure than OpenVPN but I am unable to verify this. However, I liked WireGuard than OpenVPN but I wish WireGuard has TCP listening option but UDP is also OK.